Beyond Limits, a leading developer of advanced artificial intelligence (AI) solutions, today announced its participation at the Wonder Women Tech National Conference 2018. The event will take place from October 5–6 at the Long Beach Convention Center. The conference will be hosted by Wonder Women Tech (WWT) to promote underrepresented entrepreneurs and innovators in science, technology, engineering, arts, and math (STEAM). The two-day conference will feature keynote speeches and discussion panels on some of today’s hottest tech topics and address the unique challenges that minorities of all ages, ethnicities, and genders face in the tech industry.
Beyond Limits’ outreach goals are closely aligned with those of WWT, a nonprofit organization that supports, promotes, and encourages underrepresented people in technology industries via national and international conferences and programming. As a company that recruits and benefits from talented people in the STEAM community, Beyond Limits is proud to collaborate with WWT to raise awareness for workplace diversity and inclusion. The company’s commitment to these issues is based on the collective welfare of its employees and awareness that diversity and inclusion are competitive advantages.
According to the World Economic Forum, 60 percent of college graduates are women, but account for only 35 percent of the total number of undergraduate degrees in science, technology, engineering, and math (STEM). 40 percent earn degrees in mathematics, while a mere 18 percent earn degrees in engineering or computer science. A 2010 research report conducted by the American Association of University Women (AAUW) concludes that this disparity is the result of young women’s social environment, specifically at home and at college, and well-documented issues with gender bias and sexual harassment.
“Diversity impacts everyone,” said Mario Portugal, Beyond Limits head of recruiting. “We welcome the opportunity to support talented people of all genders, cultures and backgrounds with STEAM skills, and we’ll continue to do so in the future.”
In addition to Wonder Women in Tech, Beyond Limits’ commitment to diversity has included recruiting and networking events hosted by WomenHack LA and Reed Smith’s Diversity Summit. These events are designed to create awareness about the importance of diversity and connect top talent in product management, software development, and UI/UX design to tech companies that value inclusion and diversity.
Launched in 2014, Beyond Limits produces cognitive AI systems with human-like reasoning available to transform the performance of industrial and enterprise operations and systems. The company leverages advanced technologies developed at Caltech’s famed Jet Propulsion Laboratory (JPL) for the NASA space program, as well as breakthrough technology innovations originated by Beyond Limits scientists and engineers.
Beyond Limits is the only AI company in the world with advanced technology proven in extreme environments from space missions to subsurface oil and gas exploration. Today, Beyond Limits goes beyond conventional AI, applying cognitive AI software inventions to solve complex industrial and enterprise problems, bringing cognitive advantages to energy, fintech, healthcare, and logistics.
Beyond Limits was selected as a Silver Stevie® Award Winner in the 2018 American Business Awards®, a winner for the Tech Trailblazers Award in the category of artificial intelligence, and has been covered in the Wall Street Journal, Financial Times, Forbes, Fortune, Entrepreneur, ZDNet and the International Business Times.

Cognitive AI in edge devices will enable the Internet of Things (IoT) to become more than a collection of sensors. AI on a Chip promises a revolution in IoT applications because it delivers actionable intelligence at the edge, where it previously was impossible. 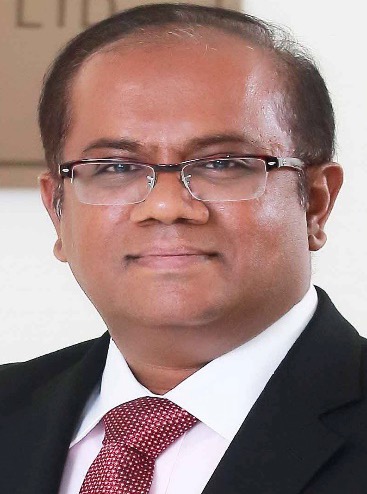 GLENDALE, Calif., Sept. 28, 2017 /PRNewswire/ — Beyond Limits (BL), an artificial intelligence (AI) and cognitive computing company, today announced it has appointed Dr. Manikanda Arunachalam, Cardiologist and Venture Capital specialist, as its Senior Vice President for Corporate Development and Investments. Dr. Mani will lead Beyond Limits as it expands and adapts its technology for the healthcare and health tech space, bringing truly cognitive AI solutions to the sector via its Life Sciences platform.
Beyond Limits has appointed Dr. Manikanda Arunachalam, Cardiologist and Venture Capital specialist, as its Senior Vice President for Corporate Development and Investments
“Beyond Limits’ Life Sciences platform provides transformative value proposition to diverse stakeholders in the healthcare industry that could improve clinical outcomes, optimize costs and build sustainable business models,” said Dr. Mani. “Beyond Limits Life Sciences will be an ideal partner for health systems, care plans, CRO’s, genomics companies and many other providers in digital health and healthcare Internet of Things.”
Dr. Mani is a multi-disciplinary professional with expertise in venture capital and private equity, specializing in medical devices, genomics, digital health and healthcare IOT. He is a partner in DS Investments, where he focuses on healthcare technology investments. In addition, he serves on the board of HD Medical Group and is a Strategic Advisor to Guardant Health. Prior to joining Beyond Limits, Dr. Mani served on the Board of Directors at the KEF Company, overseeing its multi-million dollar healthcare investment portfolio. In addition, Dr. Mani has served in key strategic and management roles at Capricorn Healthcare and Special Opportunities Fund, Motherhood India, and Johnson & Johnson Medical Devices.
Dr. Mani began his career as a Cardiologist and was one of the pioneers in conducting multinational clinical trials through his work as an investigator for Eli Lilly, Servier, and Covance. He holds an MD from the prestigious Madras Medical College and an MBA in Finance and Strategy from the Wharton School of The University of Pennsylvania, where he also completed his Fellowship in Cardiology.
AJ Abdallat, CEO of Beyond Limits, said “Beyond Limits’ fast, agile, and cognitive AI technology is an ideal partner for the healthcare industry, where it can be adapted to numerous roles including patient care, data security, and automation of medical devices. With his combined strengths in business development and health technology, as well as strong clinical experience, Dr. Mani is the perfect person to lead our team as we expand into the healthcare space.”
Launched in 2014, Beyond Limits is a leader in AI and cognitive computing and was created to commercialize cutting edge IP developed by the team after over 20 years of success supporting NASA and the space program. With technologies proven in the unknown and extreme environment of space, Beyond Limits adapts and delivers AI software capable of tackling complex industrial and enterprise challenges with the benefits of mechanical automation and human-like reasoning. Beyond Limits recently announced a Series B investment with BP Ventures for $20 million.
About Beyond Limits
Beyond Limits is transforming proven space and defense technologies from NASA and the U.S. Department of Defense into innovative solutions to address large and emerging markets. These technologies were developed at Caltech/Jet Propulsion Laboratory (JPL) over the last two decades and were funded by NASA and the Department of Defense to address their complex and far-reaching problems. Beyond Limits leverages this existing R&D investment along with many of its own technologies to produce commercial products and solutions that are capable of addressing the emerging problems of AI today and beyond. For more information, please visit our website at www.beyond.ai.
Media Contact:
Edward M. Yang
Firecracker PR
178357@email4pr.com
1-888-317-4687 (ext. 702)
SOURCE Beyond Limits
Related Links
https://www.beyond.ai