AJ Abdallat is a serial entrepreneur who worked on artificial intelligence (AI) projects and commercializing smart sensors at the NASA Jet Propulsion Laboratory at California Institute of Technology (Caltech) from 1998 until 2011. Later he founded, launched and ran several spinoff companies from Caltech/JPL, doing AI work in support of the space program and various defense agencies. NASA, for one, has used AI in its deep space missions and on the Mars Rover for more than 10 years.

In 2014, Abdallat cofounded Beyond Limits, which secured licenses to NASA AI technology with the goal of commercializing the technologies. Beyond Limits owns exclusive licenses to 42 blocks of sophisticated intellectual property (IP) developed through NASA R&D investment, a $150 million AI-technology head start under the aegis of Caltech’s Office of Technology Transfer and Corporate Partnerships program.

Beyond Limits enhances the AI IP developed for NASA/JPL, and drives new IP and innovations through its mission to bring advanced AI technology to commercial applications. The company is an AI leader in cognitive technology that goes beyond conventional AI, binding deep learning and machine learning tools together with symbolic AIs to emulate human intuition.
We interviewed Abdallat, who is CEO of Beyond Limits, while researching the story, “AI Delivering on the Business Analytics Promise.” He offered a lot of interesting commentary that just didn’t fit that earlier story. With AI poised to potentially revolutionize business, the fact that Abdallat’s career has bridged the gap of advanced AI science and commercializing it makes his insights fascinating on topics including digital transformation, IoT, big data and what AI can and can’t do.

Note: This is Part 1 of a two-part series.

DevOps.com: What three key things about AI should every C-suite member know?
Abdallat: No. 1 is understanding the transformative power of AI. Most of the AI out there today is not going to replace a human. There is a balance needed between understanding the promise of AI and not being unduly fearful of losing their jobs due to the much-publicized peril. AI is going to advance a lot of progress that’s already in place, not necessarily upend everything. So yes, there are transformative solutions in AI, but I think there are lots of places for it to plug in with what you’re already doing today, in ways that can considerably augment what is done, and free up time for individuals in your organization to turn their minds to the harder problems that AI hasn’t even cracked the shell of yet.

N0. 2 is business practicality. For every AI algorithm, there are 100 articles telling you that it’s a good thing or a bad thing. It either doesn’t matter or it’s going to change your life. I think one of the things that’s important to realize is that AI needs to start with a problem to solve. So, being cognizant of which of your business problems have the biggest potential payoff in their resolution is how you should think about applying AI, as opposed to what AI would be good at solving. The chances are, if you have a problem, AI can shed some light on it. Prioritizing how you describe that problem will be more important than selecting the right AI hammer to swing at a particular nail. Understanding what your problem really is helps artificial intelligence experts devise solutions for you. 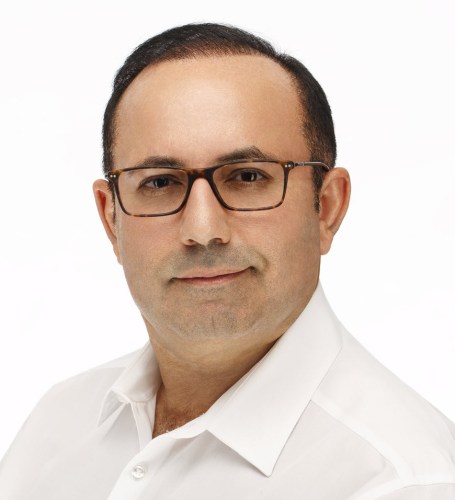 AJ Abdallat is co-founder and CEO, Beyond Limits. He’s an AI engineer and entrepreneur.

The third thing the C-suite should know about AI is timing. The time to start thinking about this is not now, it was yesterday. Companies that started experimenting with AI a few years ago are reaping the rewards today. One large, recent study shows that 75 percent of surveyed executives say that AI will be “actively implemented” in their companies within the next three years. So, it’s happening right now.

A lot of people reading the news can’t help but wonder maybe today should be the day to act, because every day I read about something new. In fact, the sooner you can modernize your digital infrastructure, the sooner you can bring AI to address your business issues. You need to level the playing field with potential competitors. Today is the day to upgrade your networks to get more digital, get more instrumentation. The benefit is it will optimize a lot of what you’re doing today, even without AI, but it also makes the AI integration possible. AI can’t work if it can’t see the data.

DevOps.com: Does AI just pave the cow path or create a whole new business model?
Abdallat: It depends on your perspective. AI can help to automate a lot of things, and that would be paving the cow path. But in general, AI can help humans see problems in new ways. Let’s say I have a bunch of data and I don’t know what’s important in it. This is the kind of thing where we used to have pre-formed opinions, where we would have a group of statisticians help us answer. Now, with an afternoon and an algorithm I can get you a hypothesis of what’s important in your data. Is that automation? I don’t know, it’s automation of ideation, which is certainly more esoteric, and that’s where we’re headed. But I think there’s probably room for both. AI will achieve new business models, but we’re also trying to get AI to do things we’ve been doing forever. It’s really a function of how. That’s what AI changes: how we do things, not so much why. Why you should change things is ultimately something the C-suite should determine.

DevOps.com: CEOs make decisions about the future. Could artificial intelligence help?
Abdallat: Forty-six percent of executives are fearful that their business may get disrupted by an AI-powered startup, rather than a direct competitor. So, it’s a competitive necessity. Today, big companies are using AI for analytical, predictive, diagnostic and industrial control purposes. Some AI touches ordinary people through services, but they probably aren’t aware. What we’re looking at more and more is: How do I stay aware of a big stream of data and change my hypotheses as that stream comes online? There are companies looking at this, like Beyond Limits. It will become more common, but it’s going to be less about data at rest and more about data in motion. How can I quickly translate the data that I find for my search into some kind of action? That is the next big step for big data, analytics and artificial intelligence.

DevOps.com: People say lack of data and missing data are issues. Is that true?
Abdallat: Yes. One of the things we bump up against is, What happens when I don’t have all the data, or we missed some of it? A lot of machine learning approaches are bumping into this problem as well, and what they need is human intuition or expertise to guide them over those initial stumbling blocks. That’s when the unconventional comes into play.

IoT is an excellent example of missing data and so on. The internet of things (IoT) brings us new orders of magnitude of data that we need to analyze at higher frequency time scales than we’ve been asked to do before. IoT also forces us to do it out at the edge, away from the super computer that lives in the cloud that can help us answer a bunch of questions efficiently. It’s challenging to make decisions quickly enough at the edge without the ability to go back to the cloud. Because here, the speed of light without exaggeration is a factor. You’re not going to be able to get inside that decision loop if you’re waiting for light to travel back to the server farm and out to the edge again with the information needed to make your decision. You will have to bind some of the intelligence to the edge to be inside the control loop, so to speak.

IoT also relies a good deal on sensor data that has far less redundancy. That means you’re going to get data drop out. On a single installation, some of the sensors just turn off. Others might be generating data that we know, with some prior knowledge, is out of spec; we know not to believe it. These are the kinds of problems you’re going to have when you interface with industrial machinery and lightweight distributed sensors at scale. The challenge is how to deal not only with the new stream of data, but also the inconsistency in its delivery.
Watch for Part 2 of this series, which will cover big data/unstructured data, business process issues, human factors, and where AI is headed.