Beyond Limits CEO AJ Abdallat has embarked on what he believes is the “most disruptive technology since electricity and the internet” — Artificial Intelligence.

By Eve Gumpel, California Business Journal
AJ Abdallat has been living on the edge for years – the edge of scientific discovery, that is.
He describes himself as a serial entrepreneur, co-founder and CEO of several high-tech startup companies that have worked exclusively with the California Institute of Technology (Cal Tech) and the Jet Propulsion Laboratory (JPL) on technology designed to, for example, detect water vapor on Mars and translate thermal heat into images for use on fighter jets.
Now, as CEO of Beyond Limits, he’s embarked on what he believes is the “most disruptive technology since electricity and the internet”: Artificial Intelligence.
As Abdallat explains it, artificial intelligence (AI) involves a machine performing functions a casual observer would view as intelligent. The term dates back several decades – it was coined by John McCarthy of Massachusetts Institute of Technology in 1956. 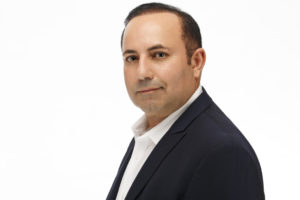 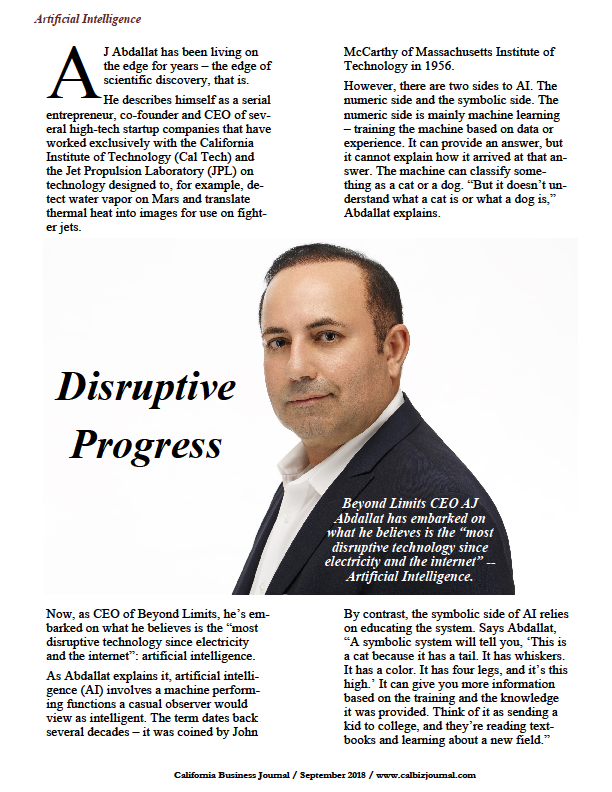 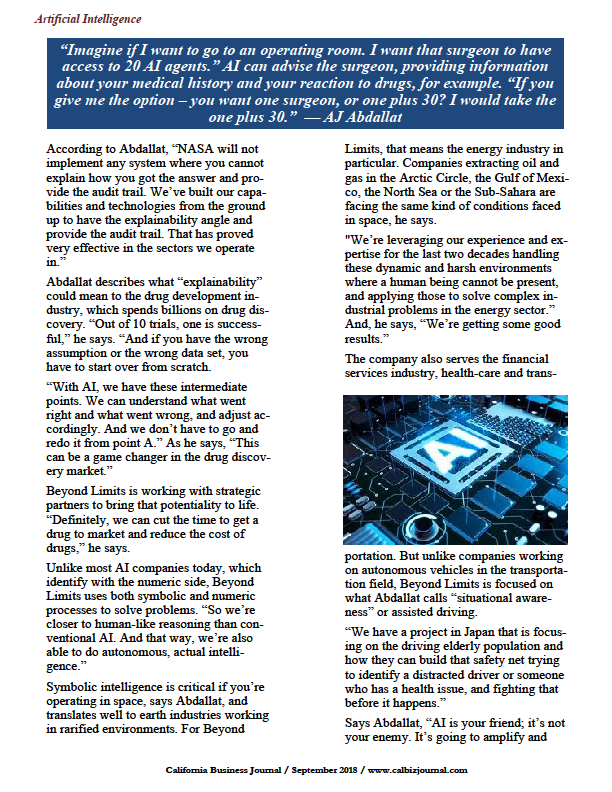 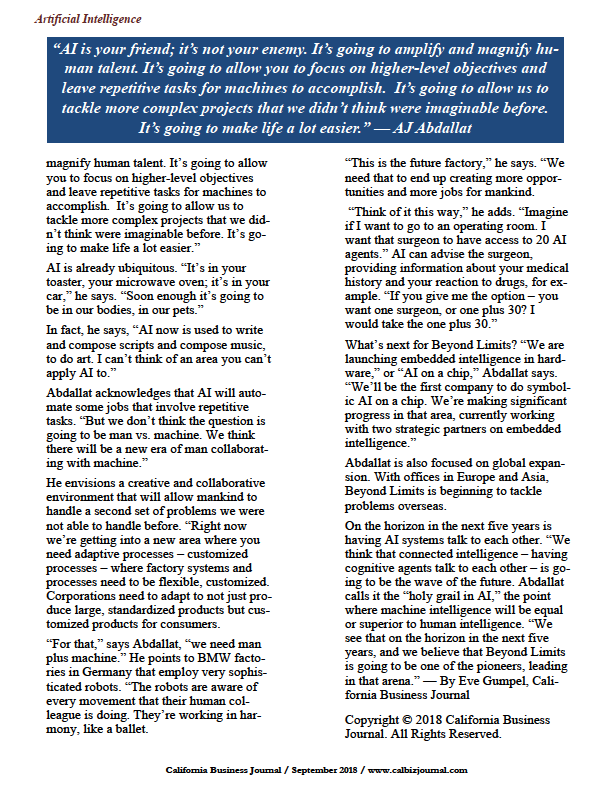